The pioneering mission to the ISS is part of the UAE Astronaut Programme that was launched by His Highness Shaikh Mohammad Bin Rashid Al Maktoum, Vice President and Prime Minister of the UAE and Ruler of Dubai, and His Highness Shaikh Mohammad Bin Zayed Al Nahyan, Crown Prince of Abu Dhabi and Deputy Supreme Commander of the UAE Armed Forces in 2017, to train and prepare Emirati astronauts to travel to space on various scientific missions 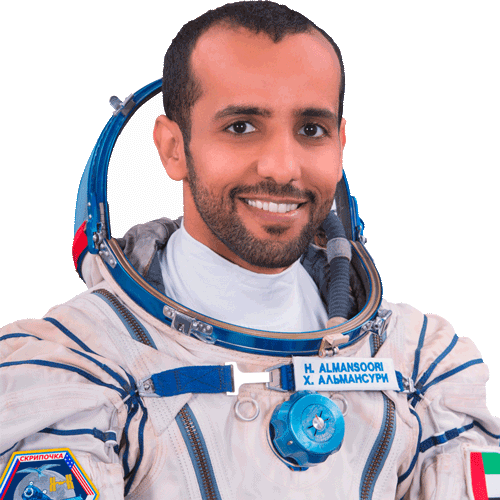 is an astronaut, the first person from the United Arab Emirates in space.

On September 25, 2019 he launched aboard the Soyuz MS-15 spacecraft to the International Space Station. He landed safely in Kazakhstan after eight days, on October 3, 2019. Al Mansouri stated that he proudly returned with Zayed' ambition achieved.

The idea is about designing a game, which supports #Zayed_Ambition using the Augmented Reality Technology.

The aim is to contribute in raising the community awareness highlighting the importance of #Hazza_Mansouri mission by carrying out different tasks that are related to the rocket and spacecraft launching, living on the International Space Station - ISS and the return to Earth. 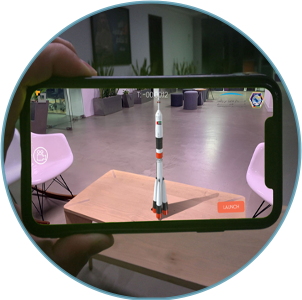 The AR simulation has several features: 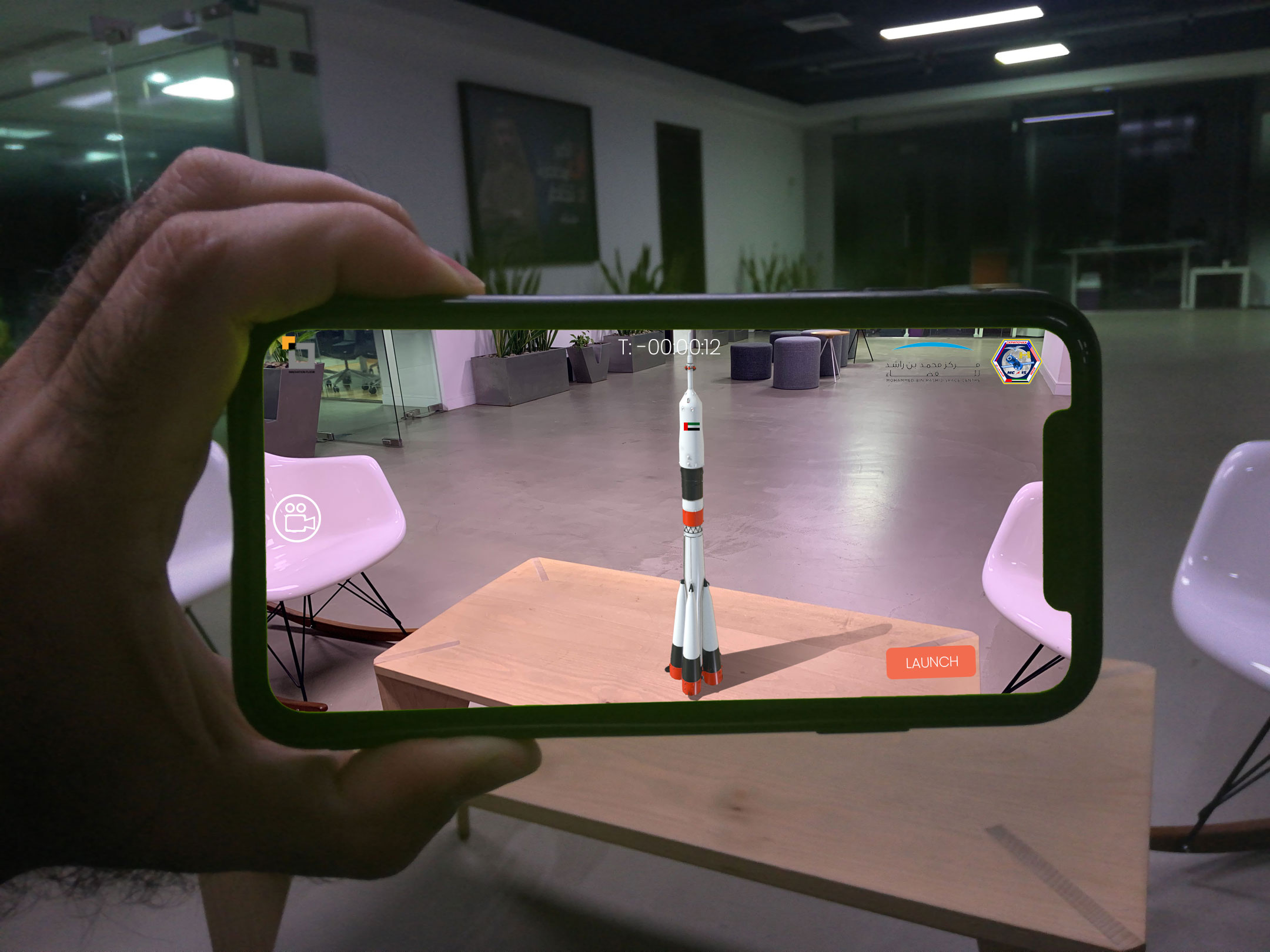 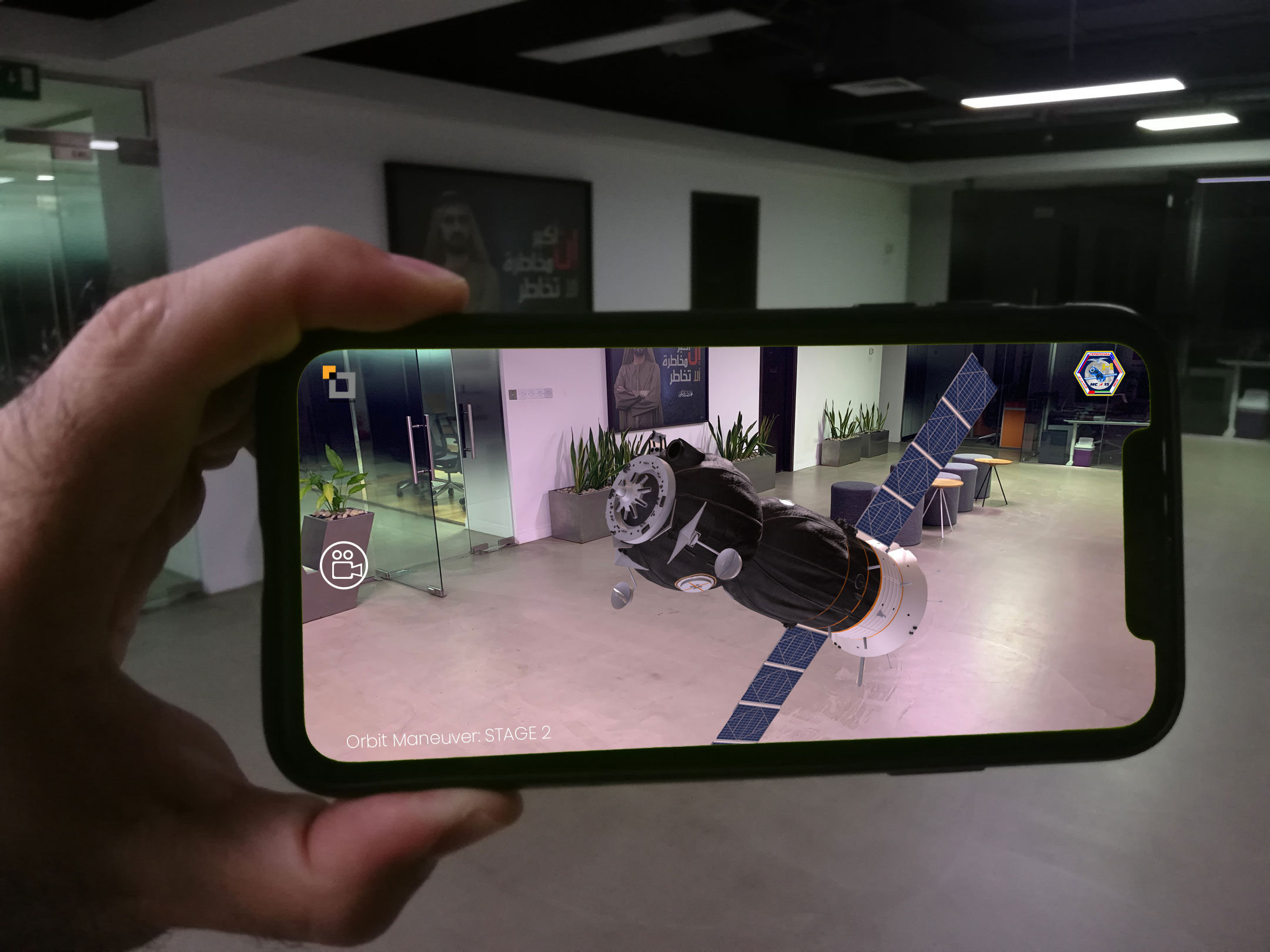 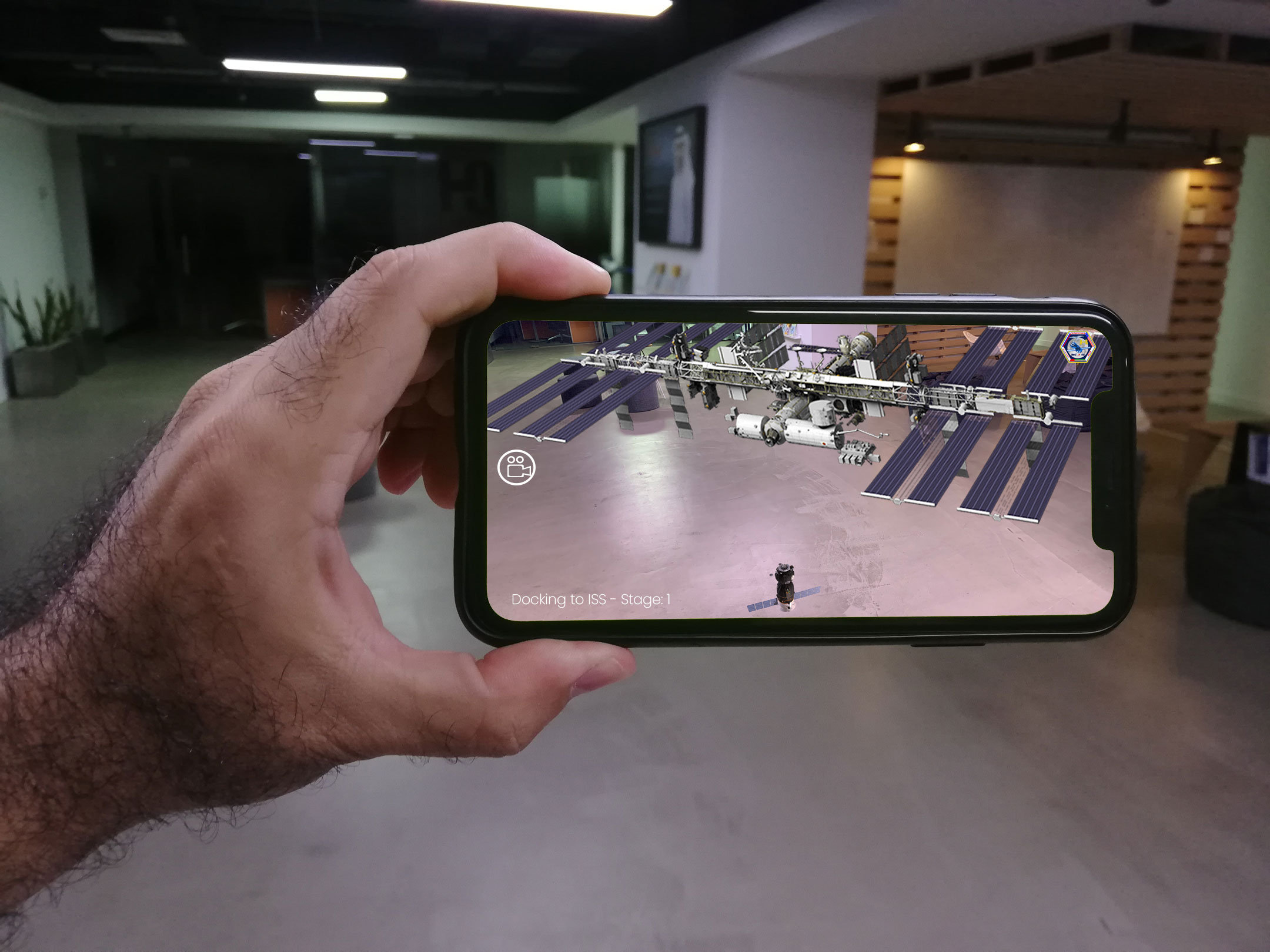