How Robots Are Helping to Fight the Coronavirus Outbreak

UAE has a dream of competing with the elite global nations in the years to come when it comes to technology and more precisely Artificial intelligence. It has set up a strategy that will serve as a guide in their pursuit of achieving this goal. The government is also currently focusing on the application of AI to the real world problems facing AI, which includes AI solutions to infrastructure, energy and the country’s economy.

Among the strategies that they have set in place, include the collaboration of the government and the private sectors in exploring future risks. This is a typical strategically step before engaging in any new product on the market. They are also planning to refine these strategies frequently to cope with the dynamic technology world. One of the AI areas that would have a direct industrial impact is Robotics.

Robotics is a significant branch of AI that involves the use of machines that are built specifically to act intelligent. Hence Robots are designed to be able to think and act like humans. These robots are applied in different areas in working on repetitive tasks. They include industrial robots used in manufacturing industries, commercial robots that assist, military robots for military purposes, and services by interacting with human beings and domestic robots used to automate chores at home.

On the high level, robots components can be divided into three; namely, the control system that does all the processing, sensors that perceive the environment, actuators that are the body which imitates human body movements. These parts differ among the different categories of robots wherein some robots there are only arms that perform the required tasks and in humanoid robots has human-like parts even muscles like parts and body movements. The control unit of a robot does all the processing from the information it receives from the sensors and provides the best response. This is the intelligent part that imitates human brain that has been programmed on how to respond to specific environmental stimulus. For the robot to operate, it depends on the availability of electric supply that powers it .

A robot contains several layers of abstraction that make it seem to think and act like a human while the lowest level of its implementation its control unit is built using the core concept of artificial intelligence mainly deep learning. Deep learning implements the idea of brain neurons where its artificial neural networks can take in a lot of data and train from it. An example is the self-driving cars. They have the visual sensors that enable it to identify different objects and decides on whether to speed up, speed down or stop. Using robots for industrial purposes could increase production and lower the expenditure thus being profitable where they are applied. 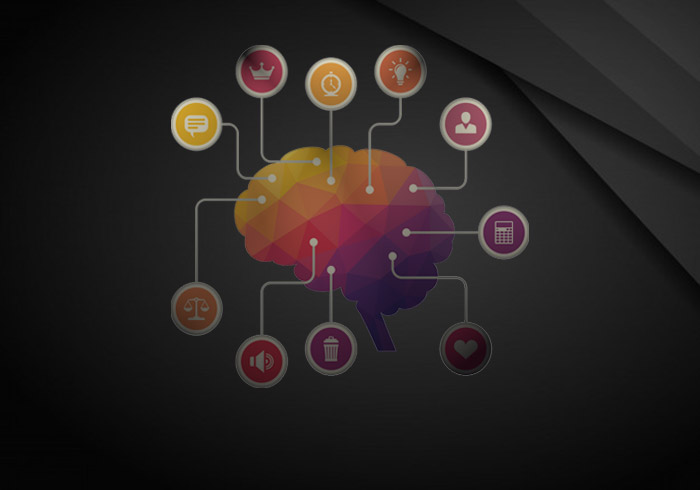